Enjoy your mince pies this Christmas 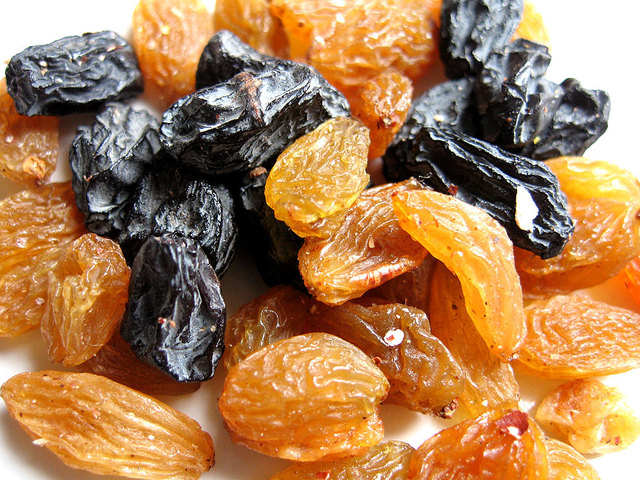 Hidden in your Christmas goodies this year is a hidden killer … the humble raisin. Not just raisins, but all forms of grapes, whether whole, dry or cooked, including currants and sultanas.

Why are raisins poisonous?

It’s not very well understood why raisins and grapes are toxic, but we do know that they can cause very serious kidney failure. The effect on individual animals appears to be very variable, so there’s no known safe amount of raisins that can be eaten by a dog. Some can tolerate quite large amounts, whereas others will become ill after only a small quantity, so any ingestion of these has to be taken very seriously.

What to do if your dog eats raisins

If your dog does manage to get his paws on a mince pie this year, treatment should start as soon as possible, and may include making the dog sick to empty the stomach of raisins, activated charcoal to lock the poison in the intestinal contents, and intravenous fluids to support the kidneys.

Raisins, currants and sultanas are very common in prepared foods, especially at Christmas. Some of these are:

So enjoy your Christmas desserts, but please, don’t give them to the dog.