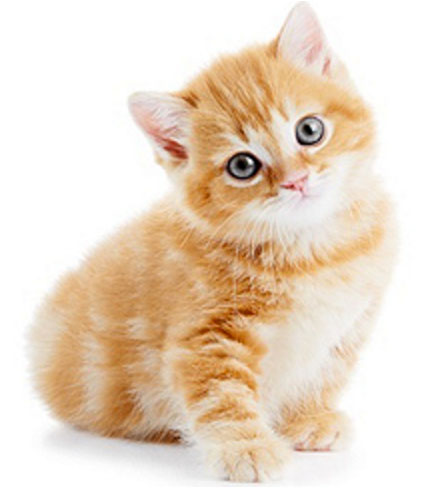 Neutering is the removal of the sex organs. In male cats, this is also called castration. In female cats it is also called spaying, (or speying). There are many other colloquial terms for neutering, one example is “dressing”.

Fortunately these days in the UK, most people don’t ask whether or not to neuter their cat, they just ask when to neuter. Despite this, there are people who don’t neuter their cat, when they really ought to do. If you are wondering why (or if) you should neuter your cat, then read on.

Most British residents are astounded when they visit Mediterranean countries on holiday at the number of cats that roam the streets. Many are diseased and emaciated. The reason for this is that the culture of neutering there is very different from in Britain. Cats are relatively rarely neutered. They breed at a phenomenal rate, and the area rapidly becomes overrun with cats. These cats present a serious potential public health hazard. Most European countries have rabies, and cats can transmit this virus to man. They also carry roundworms which can cause disease in young children.

If they were not routinely neutered before breeding age in Britain, then we too would rapidly become swamped with unwanted cats. So, the major argument for neutering cats is that it is to prevent a massive overpopulation of cats with no homes. Quite simply, there will never be enough homes available for all the kittens that are born each year. Anyone who has spent any time working for a cat welfare society knows just how heartbreaking it is to see all these unwanted cats, even in the UK.

Neutering is for the good of the individual cat also. Feline leukaemia virus, and feline immunodeficiency virus, (two retroviruses with characteristics similar to HIV in man), are thought to be transmitted sexually, so your unneutered cat is at increased risk of contracting these diseases if allowed to mate.

Female cats have a particularly bad time during mating. The tom cat’s penis is barbed (a bit like a fish-hook); the female cat literally screams, and turns to bite the tom as this is withdrawn. Also, considering the fact that the female cat will mate with many different tom’s while she is in season, the risks of getting fleas, as well as the sexually transmitted diseases is very high.

Tom cats will fight each other violently for the right to mate with a receptive female. Serious bite and scratch wounds are very common around the head. If the eye is bitten or scratched, the sight can be lost. Unneutered cats spend more time away from the home, wandering in search of a mate, and as a result are much more likely to be involved in a road traffic accident.

When to Neuter
All cats, unless directly intended for breeding should be neutered before they are sexually mature. Practically this means before they are 6 months old. Anaesthetic safety is partly related to the size of the animal. The bigger it is, generally the safer it is, because most of the risks come from hypothermia, and the larger an animal is, the lower are its chances of developing hypothermia during an anaesthetic. We recommend neutering between the ages of 5 and 6 months, although earlier neutering is acceptable if there is a good reason for it.

Those arising directly from the anaesthetic or surgical procedure.

Those arising as a consequence of being neutered.

Risks Arising during the Procedure
There is a risk with all anaesthetic procedures, no matter how skilled the anaesthetist, or how healthy the animal. That is a fact of life. However, the risks are very small, considerably less than letting your cat go outside on her own for instance. (Road traffic accidents are the highest cause of death in cats in the UK). We all face risks at every stage in life, in almost everything that we do, from getting out of bed in the morning to walking up to bed at night. Fear of the anaesthetic risk should not prevent you from having your cat neutered.

In cats, there are very few risks associated with the surgical procedure itself. Apart from surgical accidents, if the cat has an underlying disease, such as a blood clotting deficiency, renal failure or a lung disorder, serious problems and death can occur, but these are also extremely rare. There is a case for blood testing animals prior to anaesthesia, and this is included in the Vetrica Advanced Anaesthetic, which offers the greatest degree of anaesthetic safety, although it is not possible to test for everything that might cause a problem during anaesthesia.

Although not common, wound infection, and premature suture (stitch) removal by the cat are probably the most likely complications. At worst, the kitten will require a second anaesthetic to resuture the wound; or a course of antibiotics to treat the infection. Male cats do not require sutures.

In light coated breeds, with dark points (tail, ear tips and feet), e.g. Siamese cats, the hair where it was clipped off prior to the surgery may grow back a darker colour (the same colour as her points). This is usually only temporary, and will revert to normal at the next moult.

This does not mean that the cat is still growing, just that the narrow cartilaginous layer remains. This layer is a weak point in the bone, and fractures of the bone are more likely to occur here. It could be argued that if the bone didn’t break here, it would have broken somewhere else, and possibly been more difficult to repair, but we have no way of knowing, (most cats with broken bones of any sort have been involved in a road traffic accident).

Having said all that, this is something that, although it probably affects many cats, does not directly cause them any problems. Open epiphyseal plates do not have any direct negative consequences for the cat, aside from the propensity to become a fracture site.
Neutered cats of both sexes are on average slightly smaller than their unneutered counterparts.

Neutering Procedure
1. Male Cats
Once anaesthetised, the hair is plucked from the cat’s scrotum, which is then cleaned with an antibacterial wash. The scrotum is incised, the testicle removed, and the spermatic cord tied. (The spermatic cord consists of the tubes which take sperm away from the testicle, and blood vessels which supply the testicle). The procedure is repeated for the second testicle. The cat is injected with antibiotic, and a pain killer. There are no sutures.

2. Female Cats
In most cases, the cat lays on her right side and an incision is made into the left flank. The hair is clipped away, and the skin cleaned with an antibacterial wash. After the skin incision, the muscles of the body wall are incised, and the uterus (womb) located. This is lifted, and the first ovary identified at its most forward extremity. The blood vessel supplying the ovary is tied off, and cut. The ovary is lifted out of the abdomen with the uterus still attached. The procedure is repeated on the other side. Where the two sides of the uterus meet, it is also tied off and cut. The whole uterus and both ovaries are now removed. The muscles of the body wall are sutured, and finally the skin. An injection of antibiotic and a pain killer are always given.