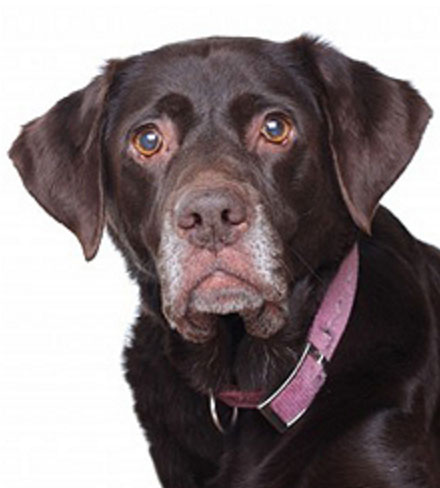 What is Cushing’s Syndrome?

Cushing’s Syndrome is a disorder whereby the hormone cortisol is produced to excess. Its proper name is “Hyperadrenocorticism,” but that’s too much of a mouth-full so we’ll refer to it as Cushing’s Syndrome, after the man who first discovered it.

Cortisol is made by the adrenal gland, found next to the kidney. Before we consider what’s going wrong in Cushing’s Syndrome, you need to know a bit about how the normal adrenal gland works. The adrenal gland produces lots of different hormones, and is divided into a number of sections. It’s the outermost section, or “cortex”, that produces cortisol. However, cortisol can only be produced by the normal adrenal gland when stimulated to do so by a second hormone called adreno-corticotrophic hormone, or ACTH for short. ACTH is produced by the pituitary gland, which is found at the base of the brain. The pituitary gland is in turn stimulated to produce ACTH by the hypothalamus, which is a nearby region of the brain. This complex arrangement of hypothalamus-pituitary-adrenal gland is called the HPA axis.

In the dog, two forms of Cushing’s Syndrome are recognised. The first occurs due to the pituitary gland producing too much ACTH, usually because of a tumour within the gland. This causes an overstimulation of an otherwise normal adrenal gland, which then produces too much cortisol. This is called pituitary dependant. The second form is when the adrenal gland itself becomes diseased, again due to a tumour forming within it, and starts to produce cortisol independently of the pituitary gland. This is called adrenal dependant.

What are the symptoms?

The majority of the symptoms of Cushing’s Syndrome are due to the excess of cortisol production. It’s important to remember that no dog will show all of the following symptoms, and some are much more common than others. The duration of the disease will also determine which symptoms the dog will have.

This is the single most common symptom, and usually the reason for taking the dog to see the vet. You may perceive it as incontinence, or a breakdown in toilet training, and people wrongly believe that the problem will go away by withholding water. Increased thirst may be put down to a period of warm weather, or some other environmental factor. Never withhold water from a dog that is drinking excessively until the cause has been worked out. This is because the increase in thirst is due to an increase in urine production. Even when water is withheld, a similar volume of urine will be produced, and serious dehydration and kidney failure can result.

Many people don’t see this as a problem unless it becomes really excessive. It’s seen as a positive thing that the dog has a good appetite. However, the appetite can be so much increased that the dog’s appetite becomes depraved, raiding rubbish bins, or eating its own faeces, and then the problem is obvious. Most dogs with Cushing’s Syndrome have an increased appetite.

A “pot belly” is a very common feature of Cushing’s Syndrome in the dog. It’s due to three separate factors:

This is manifest in a number of ways. The main effect is on the muscles of the abdomen, but it also affects the limbs and the head. This results in a dog which appears thin legged, with a “sucked in” face, and a pot belly.

This affects different areas of the dog at different stages of the disease. It begins on the flanks, giving the dog a bald area on each side. These areas are symmetrical with each other, and the skin is not itchy.

This is probably due to the muscle weakness, and results in a dog which is less willing to exercise, and tires easily.

There are a number of these, and any or none of them may be present at any one time:

This can be noticeable on pinching the skin. It also allows the blood vessels just beneath the skin surface to be seen more easily than usual.

This is apparent when the skin is pinched, and fails to return to its previous position. It remains “tented”.

Wounds can heal very slowly indeed, and even old scars can start to break down.

This is not usually apparent to most people. When blood samples are taken for analysis, the puncture site may bleed for a long time.

The coat loses its sheen, and the dog takes on an unkempt look.

This can be very marked, and mainly affects the area near the spine.

Known colloquially as “blackheads”, comedones are plugs of debris within a hair follicle. The area most where these are most prominent is near the nipples.

This is the deposition of calcium within the skin, and can be itchy. Its appearance is variable, but usually a whitish plaque, firm to the touch, raised slightly above the skin surface. The normal skin nearby may be slightly red. The size of the affected area can vary from microscopic to covering large areas of the body surface. The large plaques can become infected and produce a crust containing white, powdery material.

This is a rare feature of Cushing’s Syndrome. Myotonia is a rigidity of the muscles. Affected dogs walk with a stiff, stilted motion, and may have good muscle development rather than the muscle wasting usually seen.

This means problems with the nervous system, and all are thankfully quite rare. For the most part, they are not due to the effects of excessive amounts of cortisol; rather they are due to the presence of a mass pressing on the brain (pituitary gland tumour). Symptoms include:

This is the inability of the body to maintain normal levels of glucose (sugar) within the bloodstream. It’s treated with insulin injections, and occurs in about 10% of dogs with Cushing’s Syndrome.

There are many other abnormalities, especially with the composition of the blood and its chemistry.

At Vetrica, we use the currently accepted most reliable test, which is the Synacthen® stimulation test. A blood sample is taken to determine the amount of cortisol naturally present. This is followed by an injection of synthetic ACTH (Synacthen®), and any rise in cortisol determined by taking a second blood test one hour later. This is a quick, easy, cheap test to perform.

Cushing’s Syndrome can be treated both medically and surgically, depending on its exact origin in any particular animal. The vast majority of dogs are treated medically.

The treatment of choice for Cushing’s Syndrome is a drug called trilostane, marketed in the UK as Vetoryl®. This is a new drug, long term studies are still in progress. However, it appears to be safer, and more effective than the previously used drug, mitotane, which will not be discussed further here.

Trilostane directly inhibits the production of cortisol by the adrenal gland. This effect is reversible, which means in the event of overdosage simply withdrawing the drug should be sufficient treatment; but it also means that the drug will have to be given for the remainder of the dog’s life.

The dose is variable, and has to be established for each patient. A starting dose is determined based on the dog’s weight, followed by regular monitoring of the effect of the drug by performing further Synacthen® stimulation tests. Most dogs only require the drug to be given once daily, but occasionally it must be given twice.

There are three types of surgery which can be employed to treat Cushing’s Syndrome, and once more, it depends to a large extent which type the dog has.

All of these techniques are high risk, and are associated with high mortality rates. The reason for this is probably that a major operation is being performed on a very sick animal. The standard of aftercare has to be impeccable, and the patient cooperative. In cases of confirmed adrenal gland tumour, where it’s thought not to have spread to any other organ, then removal can be contemplated. Discussion of these procedures is beyond the scope of this article.

Cushing’s Syndrome is a very serious disease, which if untreated leads to great suffering in the affected animal. Long term studies using trilostane are not yet available. This is primarily a disease of old dogs, and once treated successfully, it’s quite possible that the dog will live out its natural lifespan.